What’s more fun than being spontaneous?

I love the “living in the moment” feel you get from acting on spontaneous thoughts. Ironically you can never decide or plan to be spontaneous, but when you are, theres something exciting about just going with the flow rather than planning every step of the way.

Of all the times I’ve acted spontaneously in my life I’ve never regretted a single moment.. at least not yet. There may have been times where I felt a sense of regret right after an event, but give it a couple years you’ll definitely get a good laugh from it. 😆

My most recent act of spontaneousness was a trip to korea with a friend! We were just talking about places we’ve never been to, but wanted to travel to and we both happened to say korea. We were casually discussing our days off and based from my work/school schedule, the only time I was available to actually travel was either the next upcoming monday or a few months later. My friend said waiting for months was too far into the future so we both thought, why not go this week!??

Couple days later we bought our tickets and started packing for our Korea trip together. It all happened so quickly it didn’t hit me that we were actually going until we arrived at Incheon airport.

We had no plans whatsoever even when we arrived. We didn’t even research how to get to the hotel until we passed through immigration!

Although we had no plans nor did any research, everything was fine and we had an amazing trip! We tried all kinds of new Korean food we’ve never had before, went shopping for one thing, but came back with 20, experienced Korean culture, and met many kind souls who helped and treated us to show what an amazing place Korea was. 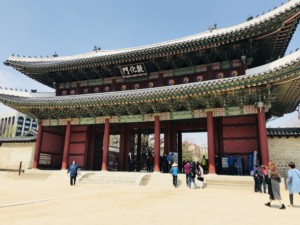 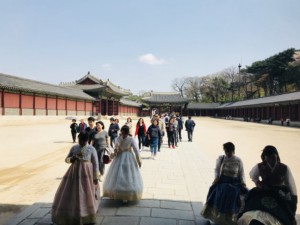 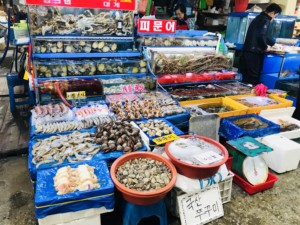 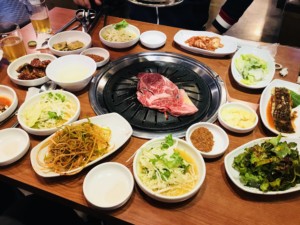 and found a weird, but cute statue!! 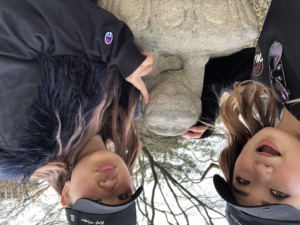 Not everything in life has to be calculated to go well. Sometimes throwing yourself out there is the best possible thing you could do to yourself! (Which I realized when I first came out to Tokyo to work as a hairdresser) You can’t always wait for someone to push your back. Sometimes you have to be the one to realize the importance of change and take action. I believe that by forcing yourself into an uncomfortable situation, you naturally learn to adjust and are able to grow as a person. In some ways probably ten times faster than you would normally!

So next time an idea pops into your head don’t think, just do! It might change you for the better. 😊

About the Author: Terra Komiyama